Our March 2019 Hacker of the Month, Tom Tullis, has been creating decals and painting templates for models of historical warplanes, dungeons, and monsters for over 25 years. As the owner of Fat Dragon Games, he 3D models environment tiles and miniatures for roleplaying games revolving around science fiction and fantasy, most notably for Dungeons and Dragons.

Tom got his start in aviation publishing back around 1990, first working for the military history publisher, Squadron Signal. He worked as a freelance aviation illustrator for a dozen or so publication companies and also provided profile art for the United States National Aviation Hall of Fame for a decade. Doing amazing work like this eventually spilled over into the hobby/model kit industry, where he was creating decals for kits. Unfortunately, when historical publication sales began to decline, he started looking for another creative avenue to make into a business to replace aviation publications. He soon made a move into hobby and gaming modeling and began making paper terrain for Dungeons & Dragons, which required extensive illustration work. That eventually morphed into creating 3D printable terrain, which brings us to where Fat Dragon Games is today.

Some of Tom’s Papercraft City Designs

During his time in the model kit industry, he witnessed the rise of 3D printing firsthand around 25 years ago. Originally models were created using injection molding, resin casting, and vacuum forming and then assembled using gluing and other joining techniques. Tom was responsible for creating the decals and color schemes for the historic aircraft to make them look as lifelike as possible, down to the tiniest details.

After ten years of working on model aviation artwork and design, Tom moved into creating paper terrain for roleplaying adventures for players who delved into Dungeons & Dragons. Most of Tom’s work in paper terrain is still available on the Fat Dragon Games website. He has created such fantastic scenes as Castle Winterhawk, Dragonshire, Ravenfell, as well as a large toolkit of basic city and castle building blocks to create whatever someone can dream up. Best of all, the pre-colored pages are delivered right to the buyer via email and printed right at home. 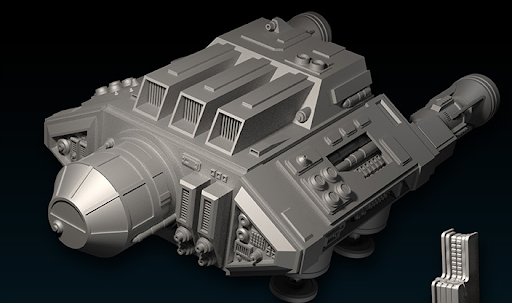 Of course, with the rise of 3D printers and the industry knowledge Tom possessed from his many years in the aviation modeling world, he knew there was a market for 3D printed terrain as well. Again working with modular building blocks, Tom has designed several templates that can be used to create almost any dungeon, castle, or city configuration. As long as you have enough patience, time, paint, and filament, the sky is the limit. With the basic dungeon kits and the multiple expansions available from Fat Draong Games like caverns, torch walls (with room for working LEDs!), the Mountain King dwarven expansion, dungeon delve and tons of items and creatures there is no end to the scope of fun someone can create.

Besides keeping a roof over his head as a business, what does Tom get out of 3D printing? “3D printing has allowed me to create a physical representation of the D&D world I always envisioned growing up playing the game. There has always been a lot of wonderful terrain and miniature options available to gamers, but for me, 3D printing has given me an avenue to create virtually anything my imagination can envision without compromising, and create a physical version for players to be totally immersed in.” 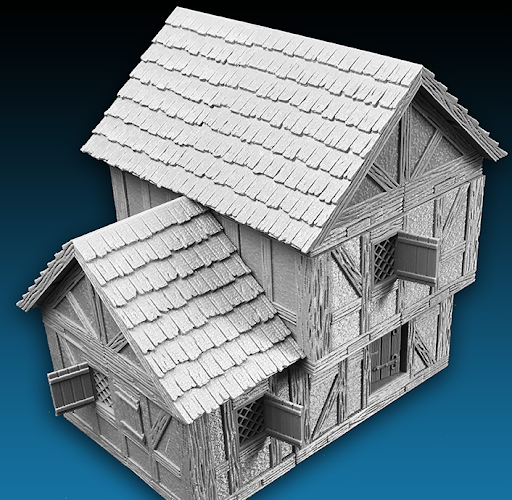 Personally, my first venture into Tom’s world was with the most excellent GM Screen of Doom; a usable game master screen that can be 3D printed in any configuration desired that has been designed to look like castle walls and battlements. The shelves, tilting storage, dice towers, and pencil holder configurations are extremely useful for any roleplaying game where the GM needs a little secrecy while they are pummeling hapless adventurers with random encounters in a dungeon crawl.

One more thing that is awesome about the designs? I was able to spend time with my daughter while she helped me paint the facade on the many pieces – she painted the gargoyle head! 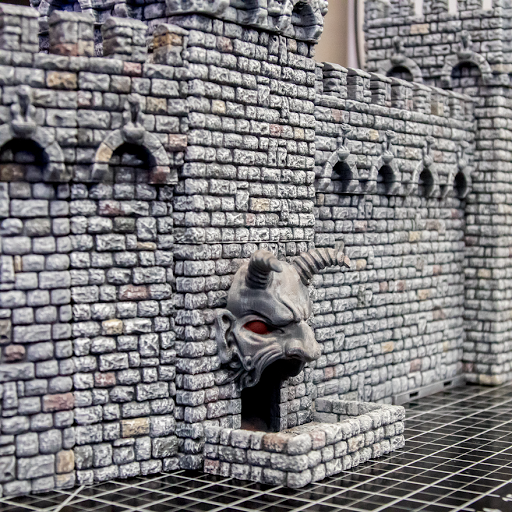 As of the publishing of this article, Tom is in the middle of another round of a Kickstarter campaign for Dragonlock Miniatures – an amazing array of fantastic miniatures like dragons, beholders, warriors, orcs and more.

To see all of Tom’s creations, visit http://www.fatdragongames.com/fdgfiles/ – you can also find all the information about Tom’s Kickstarter campaign there!