For years MatterHackers has been carrying the BCN3D Sigma Open Source 3D printers. The unique Independent Dual Extruder (IDEX) system on these machines allows them to produce some of the cleanest and best multi-material prints we have ever seen. Recently BCN3D released the latest version of the Sigma line, the R19, with many improvements and refinements. Many features which were previously exclusive to the larger Sigmax printer have been brought to the regular Sigma as well.

The hotends on the Sigma R19 are now being manufactured by our friends at E3D in England. E3D is the world leader in hotend research and development. E3D’s hotends are known for their reliability and high-quality components. MatterHackers has been proudly carrying E3D’s products for many years. The R19 hotends use the same design as previous Sigma hotends, so they are compatible with earlier printers.

Runout sensors are rapidly becoming the norm on modern 3D printers. BCN3D is joining the party as well with the Sigma R19. You no longer have to worry about how much filament is left on your spool. The filament runout sensor detects when there is no more filament entering the feeder. The printer will pause automatically and allow you to change spools, and then continue your print without losing time and filament. 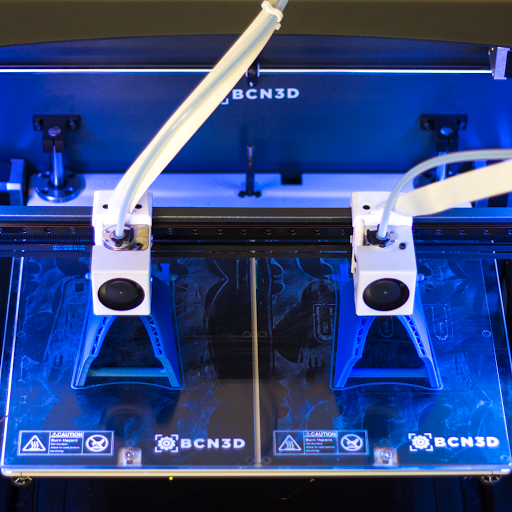 The feeders on the Sigma R19 now use dual pinch wheel drive gears made by Bondtech. This system allows the filament to be gripped and pushed from both sides, doubling the amount of force that can be exerted by the feeder. These feeders were previously only available on the Sigmax, but they are now included on the regular Sigma as well.

The Sigma now has duplication and mirror printing modes, which take advantage of the IDEX system to run both extruders simultaneously. Duplication mode allows you to print two copies of your print at once. The print bed is divided in half and one print is done with the left extruder and the other with the right extruder. Think of it as turning your Sigma into two smaller printers, allowing you to print twice as many objects in the same amount of time.

Mirror mode is also available, which does the same thing except the second print is mirrored (flipped) along the X-axis. For instance, this allows you to print a pair of shoes (left shoe and right shoe) at the same time.

Both of these features were previously available on the Sigmax, but they are now on the standard Sigma as well.

Of course, you can still take advantage of the Sigma and Sigmax R19 for dual extrusion printing! 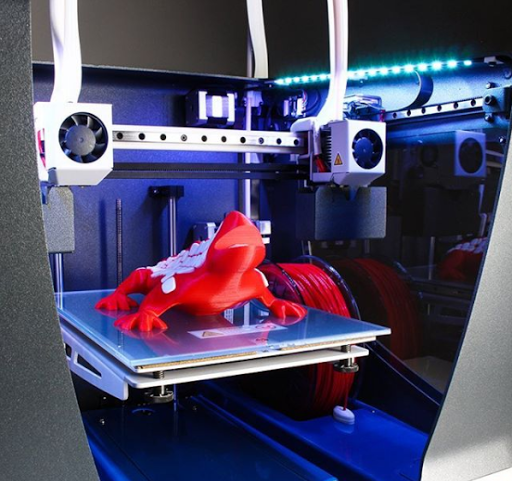 Many improvements have been made to the software on the printer’s built-in touchscreen. The printer can now walk you through more procedures, like changing or cleaning hotends. The calibration process is now more accurate. More explanation is provided for many functions. There are also more alerts when the printer anticipates that something might go wrong. These improvements are also available to people with older Sigmas through a firmware update.

One of our favorite things about BCN3D is their continuous support for their older products. When you buy a Sigma, you do not have to worry about a better printer coming out a year or two down the road. BCN3D always offers kits to upgrade older machines with the latest features. You can buy the kit to upgrade your older Sigma to an R19. BCN3D did the same thing last year when the Sigma R17 was released.