Darrell Maloney, aka The Broken Nerd

Once in awhile, we get the chance to meet and get to know a designer with serious talent, and Darrell Maloney, aka The Broken Nerd, fits that description to a tee!

Originally from New York, and now living in Virginia Beach with his wife and their two boys since 2001, Darrell is emerging as an amazing advocate and content creator for 3D printing. As a graphic designer, Darrell had some experience with creative work. But after an injury in February 2017 that kept him out of work, he watched a few DIY videos on YouTube about 3D printing by Uncle Jessy, and the rest is history. He soon bought his first 3D printer and has been printing non-stop ever since. 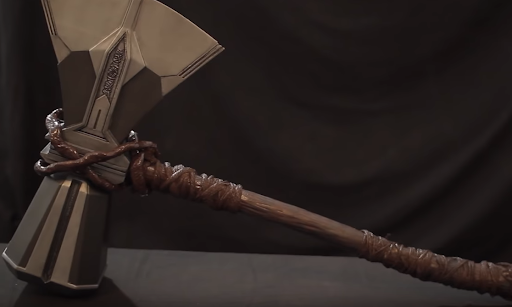 Darrell prints with several machines: the Creality CR-10, ATOM 2.5, Geetech A30, Robo R2, Dagamo and most recently, the Peopoly Moai. In the beginning, like so many other creators, he started with PLA but quickly moved to PETG after getting some amazing results.

One of the things that set Darrell’s work apart is the time he takes in his post-processing to get truly remarkable finished pieces. Darrell explains, “When I model and 3D print my whole goal is when someone sees the finished item, that they can not identify it as a 3D print. My post process technique is pretty straightforward. I start with sanding, and if the item has a large surface area I will apply Smooth-On XTC-3D, then sand. I start with 100 grit then gradually move to 2000 grit. I use a lot of primer filler and spot glazing putty to help fill in the fine imperfections in the print in order to achieve a smooth surface. Once everything is smooth I will then move on to paint and add electronics, etc., depending on the build.” 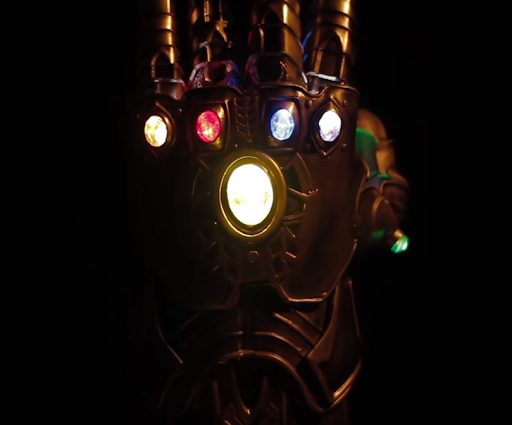 A full, Thanos-sized Infinity Gauntlet, designed and printed by Darrell.

Being a graphic designer, Darrell is experienced in several software platforms that help him achieve his goals. Currently, he uses Cinema 4D – which has some drawbacks due to its lack of capability to make accurate measurements – but he’s been using it for about four years. He also uses Simplify 3D, Cura, and Mesh Mixer. He is also starting to learn how to use Fusion 360 and ZBrush. 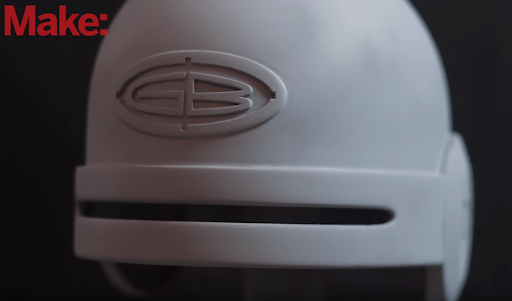 A newly sanded and primed Gazerbeam helmet from The Incredibles movie.

With his skills and patience, Darrell has made several commissioned pieces for cosplayers and costumers many times over. From Marvel Comics iconic pieces like Thor’s Hammer, Mjolnir, to his new Infinity War axe, Stormbreaker; as well as the Infinity Gauntlet, items from the DC Comics and Star Wars universes – a truly large range of interests!

But knowing the process he uses doesn’t explain why he takes the time to make such gorgeous models and creations.

“3D printing in a sense became therapy for me. At the time when I bought my first 3D printer my sister had passed away, and it was hard for me to deal with. I immersed myself in modeling, work, and 3D printing and I found that when I was working on finishing an item, I could process my thoughts and use that time to reflect. It aided in the healing process in a sense. A lot of people complain about sanding but sanding became (and still is) therapeutic for me.”

Designing the color palette of the Nova helmet.

Despite this period of tragedy for Darrell, he continues to move forward in his work in modeling and 3D printing. “3D printing has lead me to places I never thought I would be able to go and meet people I never thought I would be able to meet. When I started 3D printing I had no intention of it going as far as it did. It lead me to create a Youtube channel, and from there I was able to establish a working relationship with Make: and have produced videos for their platform. I have also had the opportunity to work with Tested.com on some awesome collaboration projects, and not to mention the outstanding individuals in the 3D printing community like Uncle Jessy, James Print N Play, Kuntry 3D and more! The 3D printing community is by far the most helpful and accepting community.”

As a relative newcomer to the 3D printing community, Darrell sees room for improvement in getting the 3D printing word out to an even bigger audience, especially at an educational level. 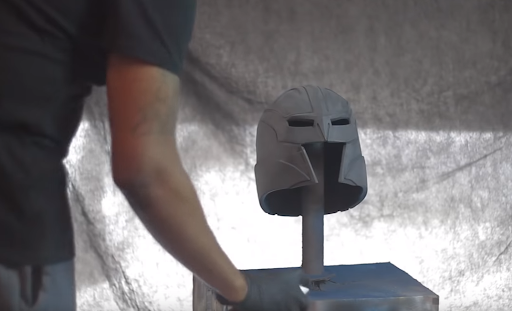 Priming the Nova helmet before the paint goes on.

“I am hoping to see 3D printers and the concept of 3D printing in more diverse areas, as common as it might be to individuals within the community, it is still a relatively new concept to a lot of people. I find myself more than often explaining the concept to people and showing them videos to help them grasp what it is and what it can do. I think what will make 3D printing easier and more accessible is education and awareness.” 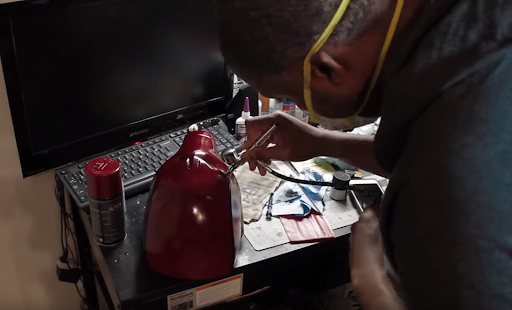 Putting the finishing touches on the Red Hood helmet.

“There are awesome people like Josh from Design Make Teach who go out and educate and are on the ground floor educating and bringing 3D printing awareness to others. I am still relatively new, but because there are so many great educators and those willing to share their knowledge that I was able to get into it. Like them, I hope to inspire individuals to get into 3D printing and maybe tap into a skill set they never knew they had.”

Of course, being a designer and having kids, there are passion projects in the works. He is in the process of designing a simple model robot kit that his kids can put together and play with.

Darrell has also become a full-fledged member of the Tested.com team since the publication of this article – we can’t wait to see what he creates with the whole team!

Darrell in his Knights of Ren helmet.

We look forward to seeing more of Darrell’s amazing creations in the future – we can’t wait to see what he works on next!

To see Darrell’s work as The Broken Nerd, visit and subscribe to his channel here: https://www.youtube.com/channel/UCRu7P5s0FToOgSIUkv7kOvg

To see his work with Adam Savage and the Tested.com team, visit their channel here: https://www.youtube.com/user/testedcom

Images courtesy of Darrell Maloney and Make: – captured as screenshots from The Broken Nerd YouTube channel.