In the past, I’ve had some great ideas but haven’t really have a set of guidelines for how to make it a reality. Over the years with all the projects I’ve put together, it’s gotten a lot more natural to start a project, develop a plan for it, and then execute according to that plan. From that, let’s take a recent project as an example: the Plinko Game for our April 2018 Meetup.

For this meetup, we wanted to create something the attendees could interact with. In the past, game-based projects have been the most well received, like the Foosball table we designed and built with Bob from I Like to Make Stuff. But we wanted something more for this idea; not just something interactive but something that people could design prints for and include them in the project.

Foosball players, bumpers, handles and more; all 3D printed and all planned for.

We sat down as a team to discuss our possible options for a game. We had a quick, one-month deadline so it needed to be something relatively easy to design and assemble, with minimal moving parts. The initial plan was an arcade basketball machine where the hoop moves back and forth. I had the idea of taking the kinematics of a CoreXY printer as the basis for the hoop moving back and forth, but overall it would be expensive to get all the aluminum extrusions and take the time to troubleshoot and configure it like a normal printer. Then our Creative Lead had the perfect idea: Plinko.

The first task was figuring out the general design of a regular Plinko board. There’s diverters along the sides to bounce the puck back towards the center, usually an odd number of prize slots, a thin gap between the puck and the window, and a decent drop when you let go of the puck. Most of the boards I saw had the board just leaning against a wall, but we wanted this to be mobile and freestanding, so I designed the legs to hinge so it can flat pack. From here I handed it off to our Creative Lead to give it a quick color pass and figure out what colored prints, paint, and wood stain would look best. 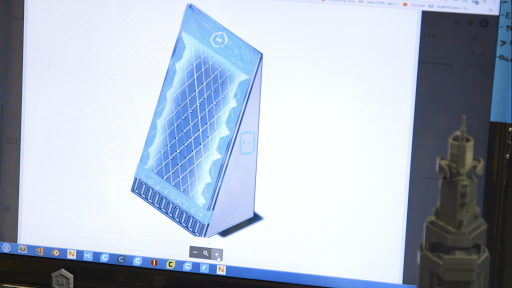 Some creative input really made this project seem a lot more interesting.

Modeling this could have be done in any 3D modeling software, but I know my way around Solidworks the most so that is what I used. I designed everything in an assembly so any one change I made would reflect in all the other parts, allowing me to make minute adjustments without having to redo the entire project. The biggest challenge was making sure that throughout the entire board the puck fit through the pegs, against the diverters, and had enough space to land in or bounce around the prize slots. Make sure when you’re designing your project to take into consideration the clearance tolerances your printer can achieve; while there may be a 0.5mm space around the puck as it goes through in the design program, you may actually find that once it’s printed, nothing fits quite right. Print a tolerance test before you commit to the full design.

Bill of Materials and Budgeting

Once the design is finalized, it was time to create a Bill of Materials (BOM) to determine what exact supplies I would need to build this, the near exact number of them intended to be used, any tools that might need to be purchased, and then consider any bumps in the road that may drive the cost higher. I can’t count how many times a project, personal or otherwise, has had some sort of issue where I had to buy replacement parts, bought the wrong parts, or bought parts that didn’t work as I expected.

These are costs that are unexpected but begin to ruin your carefully crafted budget. The wise thing to do would be to include a small buffer to your budget depending on what risks you see happening in the project. In the case of the Plinko board, I had to buy a better sawblade for the circular saw we have to get straighter cuts, new plywood to replace the wavy cut boards, more paint since we had less than I thought, and a different set of LED strips that were properly colored. Despite all that, I still came in under but close to the budget I created because of the allowances I gave myself to error.

Once I had a design and budget, it was time to come up with a gameplan. To help keep the project on track, it’s good to have a to-do list of all the steps that are going into your project and this helps two-fold. You have an easy way to track your progress and know what needs doing next, but it also breaks the project up in small projects that are much less daunting to get started and once you get one finished it’s easier to keep pushing through and getting a lot more finished. 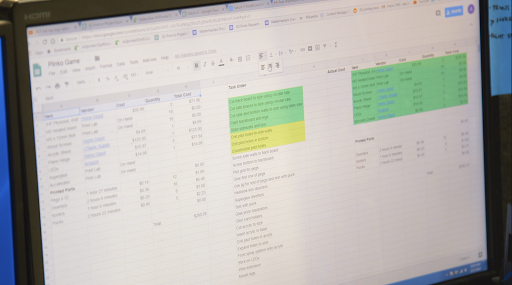 Coming up with a budget and schedule will make the whole process run a lot smoother.

Once I had all the prep work finished up, it was time for actual assembly. Whether you have an actual workshop or whatever space you can manage to clear out, keep everything organized so you aren’t trying to find the superglue that you just set down and not realizing it’s under a pile of plywood now. 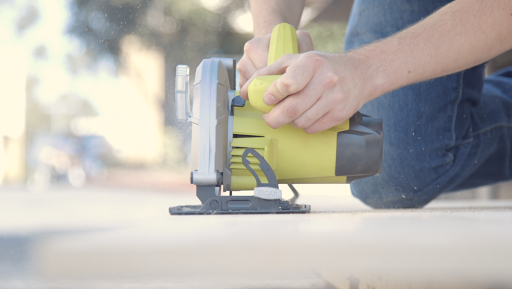 Working in an alley, at a workbench, or in your driveway; whatever you have will work best.

Make sure to leave enough time in your assembly process for things to go wrong.  Whether it’s paint taking longer to dry than you think or super glue not holding as strong as you need it to, you’re going to need time to figure out a solution. The more time you have for the assembly stage, the better your corrections will be. In the case of Plinko, because I had painted the plywood backing, the super glue wouldn’t adhere to it, which meant that all 120+ pegs were barely holding onto the board; the slightest bump and a handful of pegs would fall off. To correct this, I drilled a small divot into the plywood to expose raw wood to give the superglue something more to bite into.

Stress Test: Both you and your project

Make sure to leave enough time in your assembly process for things to go wrong.  Whether it’s paint taking longer to dry than you think or super glue not holding as strong as you need it to, you’re going to need time to figure out a solution. The more time you have for the assembly stage, the better your corrections will be. In the case of Plinko, because I had painted the plywood backing, the super glue wouldn’t adhere to it, which meant that all 120+ pegs were barely holding onto the board; the slightest bump and a handful of pegs would fall off. To correct this, I drilled a small divot into the plywood to expose raw wood to give the superglue something more to bite into. 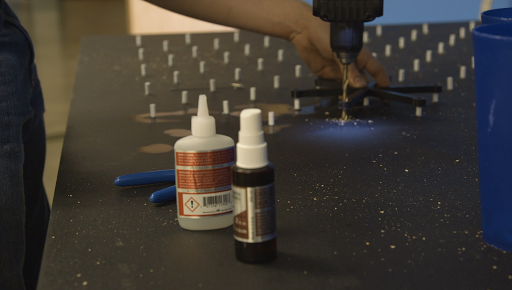 Drilling divots into the board was the easiest and quickest way to solve a problem on the fly.

This is only the beginning; improve

After a night of Plinko fun, there were many lessons learned; from different adhesives to structural changes, there is plenty I would do differently. That brings me to my final point: always look for how you can learn and improve. With Plinko, there are many things that I am going to do differently on the second iteration; sanding down the superglue and filling in the divots, repainting the scuffed backboard, nails with printed sheaths instead of printed pegs, a design etched or painted onto the acrylic sheet, a jig to check for fit (some custom pucks were out of spec and got stuck), and printed placards instead of cardstock and sharpie. Any project is going to have its hiccups and when they happen, all you can do is take it in stride as a point to improve on when you try again. 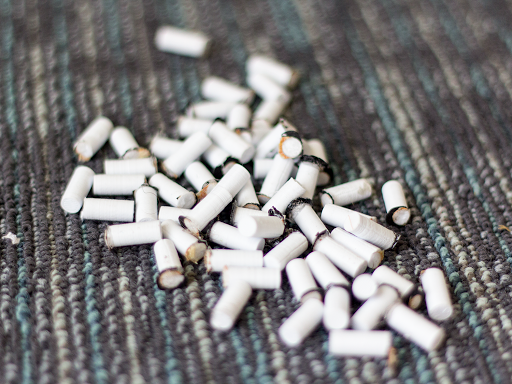 Every project has it’s failures, and from that we learn

And there we go! A little insight into what I put into creating and managing a big project that’s more than just printing some parts.

Hopefully this has given you some ideas on creating your own projects and planning to have some time to work out the kinks in any endeavor. In any case, feel free to share what project you were able to develop using the techniques I listed above.