The Orbit Sensor is an auto-leveling sensor for 3D Printers that precisely measures the distance in height and tilt of the 3D printing surface. The sensor operates on a physical switch design that comes in direct contact with the surface to provide accurate distances in the calculation of the hotend offset. Most importantly the sensor works on all surfaces and is extensible to all RepRap standard printers, regardless of manufacturer.

You can learn more about the components that make up a 3D printer in our very informative guide here.

There are numerous sensors on the 3D printing market today that fall under the general category of proximity sensors. These sensors are ubiquitous on higher-end desktop 3D printer models but are rapidly being offered on lower-end 3D printers. The variety of proximity sensors almost matches the number of 3D printer manufacturers and have different sensing techniques, which include inductive, conductive, infrared, switch, accelerometer, and capacitive models. The Orbit Sensor operates under the switch sensor umbrella.

The Orbit Sensor is compatible with almost any type of print bed surface as well, making it ideal for all 3D printer upgrades.

The Orbit Sensor consists of an Atmel ATtiny13A microcontroller, a solenoid switch, and a push pin probe that comes in contact with the bed surface. If a problem was found during operation or during the self-test, the internal LED blinks signaling that an alarm has been triggered. The user may also enable the self-test option with the push pin mechanism to determine if the sensor is operational. 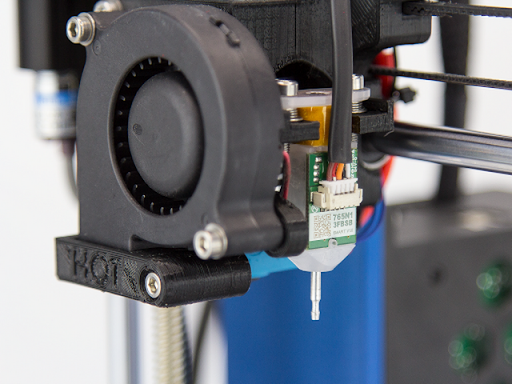 Due to its small footprint and simple structure, the Orbit Sensor may be utilized in most printer configurations. The key is to ensure that the mounting bracket is at a 90 degree angle to the build plate so that the bottom of the sensor probe touches horizontally. Once mounted, the sensor is connected to the servo and the minimum z-endstops and the firmware is flashed to reflect the new hardware and to enable full functionality.

The first step is to find and/or design and print a mount for the Orbit Sensor.  The mount should place the sensor close to the nozzle on the hotend so that the probe will provide the most accurate results relative to the nozzle.

Next, the Sensor has three wires that need to be connected to pins on either the RAMPS 1.4 or the RAMBo / MiniRAMBo motherboards (see pictures below). These connections are usually assigned to the minimum z-endstops and the pins for the connections are then designated in the Marlin firmware. In the Configuration.h file, search for the Z Probe Options and Bed Leveling sections to make the necessary inputs. These inputs include: 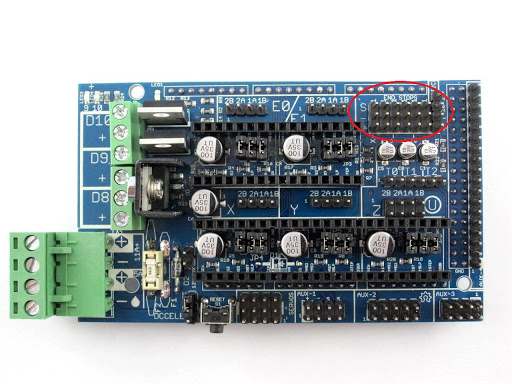 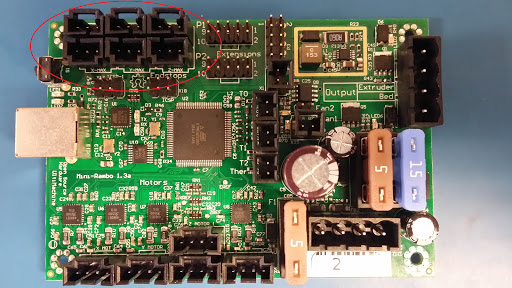 The final configuration may take several iterations of resetting and flashing the firmware to finalize on the best result. This can be somewhat tedious, but worth the total effort.

The Orbit Sensor is a proximity auto-leveling sensor upgrade for RepRap standard printers. The sensor provides an accurate offset between the hotend and the print bed and operates as a simple switch proximity device. The accuracy in relation to the cost makes this sensor a must have for any printer without auto leveling capability. Be prepared to be amazed by this hardware add-on.