Last month, we published an article on exceeding the build volume of your printer – you can find it here if you missed it. Well, if anyone has been exceeding build volumes, as well as expectations, it’s Andrew Harmon. Harmon, July’s Hacker of the Month, has mastered transcending the limited space that certain 3D printers allow.

Harmon, an electrical engineer by degree and super screen printer by night, has been involved with 3D printing since 2011 when he worked for Fab Lab Tulsa. “I spent many hours tweaking parameters and doing upgrades on an early kit built Thing-O-Matic that was the lab’s 3d printer,” remembers Harmon, “I then started printing parts to build my first printer, a Prusa i2/3 hybrid – from there I was hooked.”

Currently, Harmon prints on a wide variety of printers, most of which he has designed and constructed himself, including a large format printer and a high speed DLP resin printer. He tries to print with as many different specialty filaments that he can get his hands on unique projects, but for larger scale, or everyday printing, Harmon prefers to use PLA.

Harmon has definitely taken advantage of the large scale printer that he built by dreaming up a grandiose, beautiful sculpture. 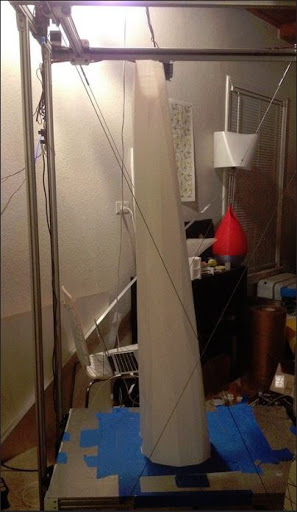 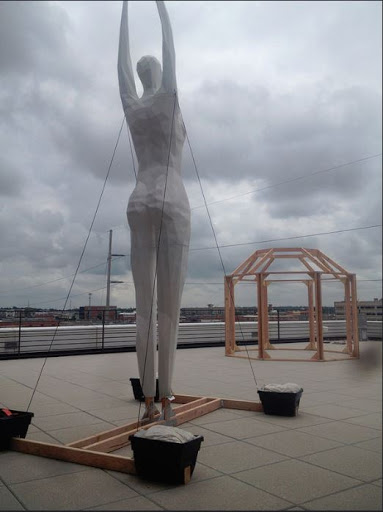 A closer view of Harmon’s sculpture

Although most of the printing that Harmon does is for functional purposes, he does like to nurture his artistic side: “I occasionally design and print parts that are more for fun or art. I like to show people the incredible things that are possible with technology!” The sculpture is currently on display of a local art gallery and artist’s workshop.

Harmon used MatterHackers’ 10lb PRO PLA spools of filament for a good portion of this print job – the legs alone were almost 1kg of filament each! Assembly was obviously required here, which solidifies the fact that some design work and part segmentation allows you to print well outside the dimensions of any build volume. 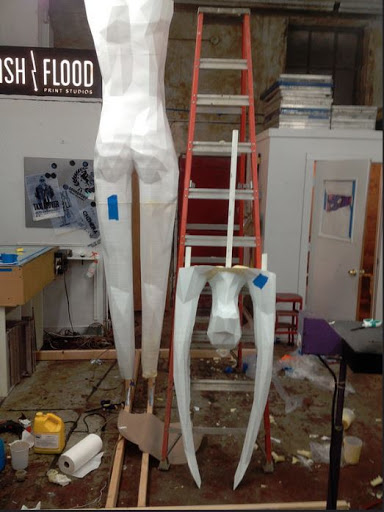 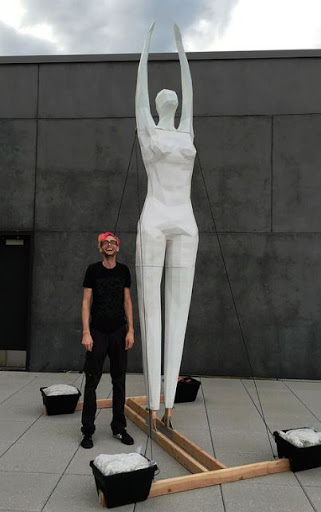 The artist himself – Harmon for scale

Harmon also creates many functional products, like parts for other printers that he is building, or that help benefit his lifestyle. To help him keep in shape during the harsh winter months, he designed and printed a rig that allows him to convert his bicycle into an indoor stationary one. 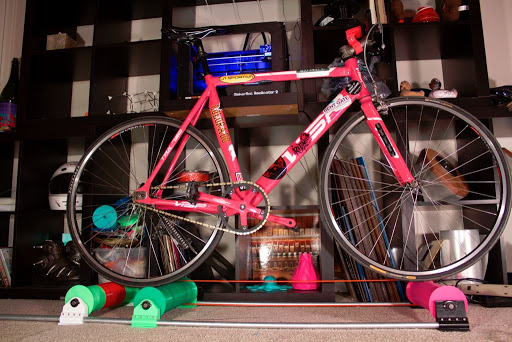 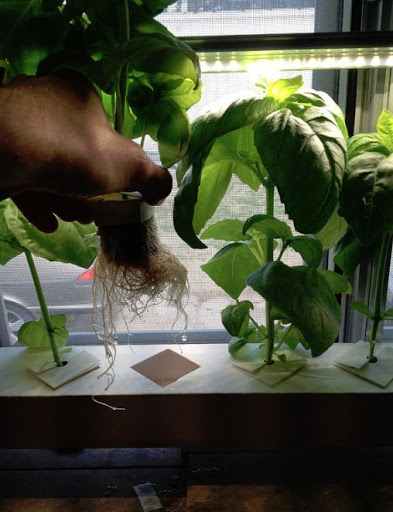 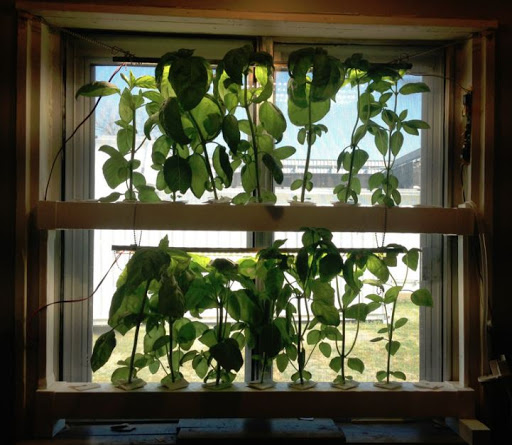 A window full of homegrown basil thanks to 3D printing? Yes, please!

Harmon embodies what 3D printing is all about: functionality, creativity, resourcefulness, and imagination. Whether you are printing large pieces of art on your small printer, or helping people grow fresh herbs in their studio apartment, remember that it’s all about having fun. Just ask Andrew Harmon – he knows how it’s done. Check out his cookie-froster to see for yourself! 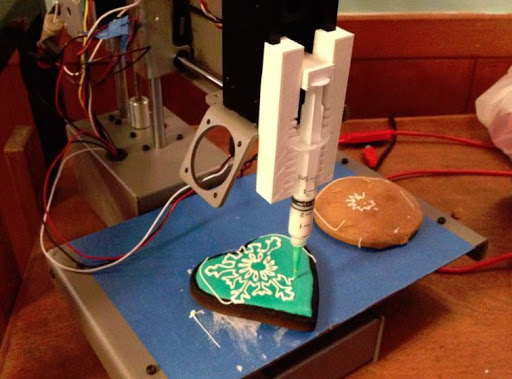 Print up some sweet treats!

Do you think you have what it takes to be our next Hacker of the Month? Simply follow us on Facebook/Twitter or email media@matterhackers.com. Tell us about your project or 3D printed creation, and you could be featured in our next newsletter. Hacker of the Month will also win 3 free spools of PRO Series PLA or ABS filament to further their pursuit of 3D printing greatness.