Any 3D printing practitioner that has been printing for any extended amount of time (usually longer than one day) has had to deal with filament warping.  Warping is the one bad apple in the 3D printing bunch that can spoil an entire print.  Every other variable in a print may be perfect, but if material warping occurs, you’ll probably need to scrap the part.

Warping:  Why Would Plastic Do This to Me?

Filament warping is caused by the shrinking of material during the curing and/or cooling of a part during the printing process (see Figure 1).  Warping may occur in 3D parts that have large faces next to the print bed.  Also, a part that has larger footprint layers above the bed face layer increases the warping force and could result in a deformed print.  These forces are also present in parts with higher infill percentages since there is more material present for shrinking.  As a result, one needs to be vigilant during the 3D printing process to prevent wasted print time due to warping.

There are several tips and tricks to mitigate filament warping.  Below are a list of steps to follow to reduce warping and maximize your 3D printing experience.

The use of 3D printer heated beds aids in adhesion and the uniform curing of the part during printing.

Rafts are an excellent tool to use not only for bed adhesion, but also for warping.  Make sure that your raft is large enough so that any warping action is focused away from any part perimeters. Please reference the Printing with a Raft article on the MatterHackers website.

This should be done for all prints, regardless of material.  Good calibration translates into good layer heights which impacts the entire print.  This also ensures that the part adheres correctly to the bed.  See the following reference videos at 3D Printing 101: Getting Started with Bed Leveling and 3D Printing 101: Getting Started with the First Layer.

Use the Correct Build Surface

A good build surface ensures that the part will not curl during printing.  A good reference to use for proper build surfaces for each material filament may be found at the 3D Printer Filament Comparison Guide on the MatterHackers website.  Good build surface materials and aids include Kapton Tape, BuildTak, glues and hairspray.  Also remember to keep you build surface clean to prevent any interruption in bed adherence.

Believe it or not, printing slower is a good practice to follow, especially if the part perimeter has many sharp or jagged edges.  Slower print speed assist in adherence on those sharp corners.

Reducing the infill relieves much of the internal pressure and/or contraction of curing filament which may place unwanted strain on part perimeters.

During the initial placement of your 3D printer, remember to keep the location away ventilation, open windows and doorways.  Ambient air plays havoc with parts and could adversely affect prints.  Also, using enclosures such as cardboard boxes or plastic curtains around the printer assists in keeping the temperature constant.

Finally, there are mitigation tools that are often overlooked and may be just as good or even better than the traditional forms of warp mitigation.  These tools such as brims and footprints are strategically placed within the design and slicing of the part with software tools such as MatterControl and CAD.

Brims: Not just for Hats and Visors

A brim is nothing more than a series of connected, overlapping loops that abut and propagate from the perimeter of the printed part.  Much like a skirt, it traces the perimeter but does so in layers beginning at the outside perimeter and extending a predetermined distance from the edge of the part.  Much like a flat brim on a cowboy hat, the 3D printed brim adds to the base footprint of the original part and provides additional surface area for adherence and curing while allowing some warping along the edge without affecting the actual modeled perimeter of the part.

Brims are particularly useful when a part has perimeters with sharp angles (usually less than 90 degrees). More corners on a part translates directly into more opportunities for warping.  Brims are also useful in cases where parts have large solid faces or even where small footprints are involved that need good bed adhesion.  However, the most useful case is when printing with ABS.  Brims allow for contraction of the ABS material during curing without separating the part perimeters from the bed.

Brim Design: Fill it Up to the Brim

Once a part design is completed, a brim may be added either through a slicer/controller or through CAD design software.  Figure 2 demonstrates how to add a brim within MatterControl.  Notice that the settings reside under the “Skirt and Raft” menu where the “Distance From Object” is set to zero.  The number of “Loops” will determine how many overlapping passes the hot end/nozzle will make when creating the brim.  In this case, fifteen loops will be printed at diameter of approximately .2mm or 200 microns.  This translates into a brim distance of approximately 3mm. 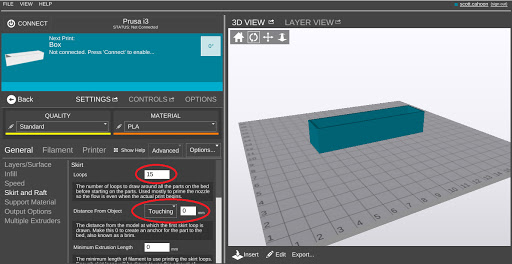 Figure 2: Adding a Brim in MatterControl 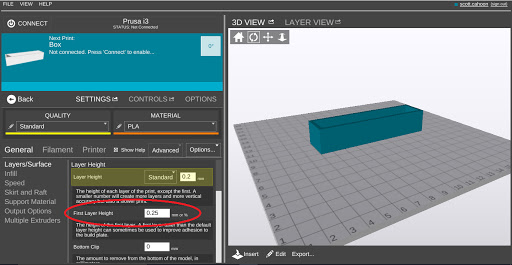 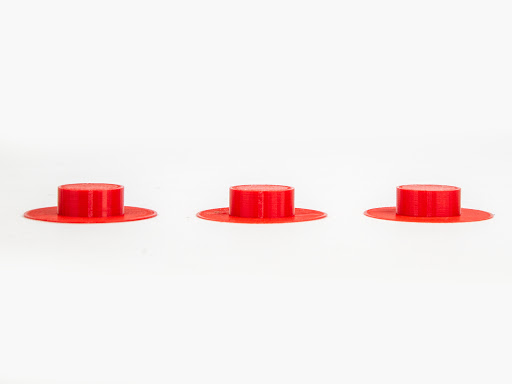 Another method to add a brim to a part is by including the brim in the base design of the model.  With CAD software, a brim may be added to the model surface facing the print bed.  This is a fairly simple process since the brim design does not have to follow the perimeter of the part but may include simple geometric shapes such as rectangles, triangles or circles.  The design of the brim should add at least an additional 10mm to the perimeter of the part with 15-20mm being optimal (see Figure 5).  Just as when adding brims to slicers and controllers such as MatterControl, the brim height should be the same as the first layer height.  The default height in MatterControl is .25mm and that height setting should be used in your CAD model. 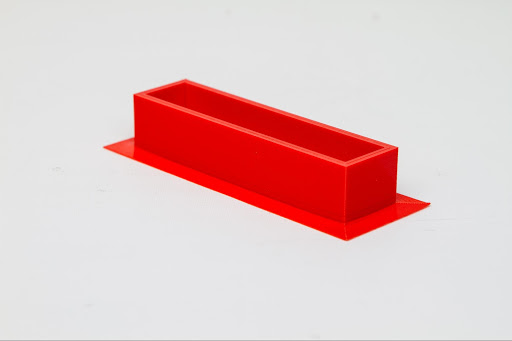 Figure 5: Example of a 10mm Brim Added to a CAD Model

Other Footprint Designs: Hop Over to the Lily Pad

There are two other CAD software design features that may aid you in slaying the warp dragon.  One is the inclusion of lily pads.  Lily pads are circular features that are added in model perimeter locations that may be susceptible to warping, such as sharp angles or highly detailed surfaces (see Figures 6 and 7).  Lily pads are an excellent choice for models that do not need a complete brim around the part.  Lily pad designs are typically 20mm in diameter with the center of the circle placed on the edge of the perimeter.  As per brim design, the thickness of the lily pad should be the same as the first layer height during printing. 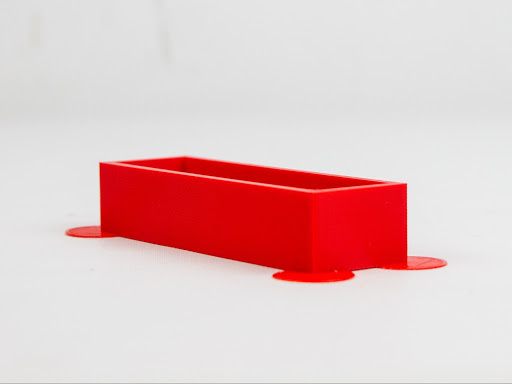 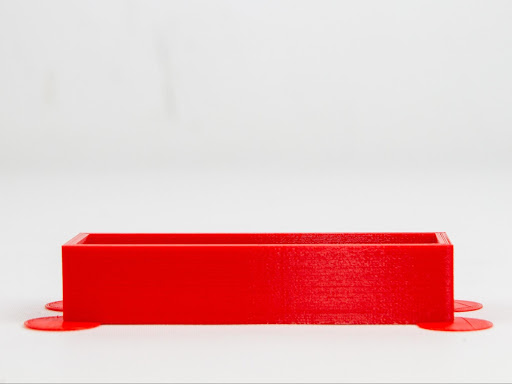 Another option is to enlarge the footprint of the modeled part by adding chamfers (see Figure 8).  Chamfers help to taper the perimeter so that there is a smooth angled transition to the print bed.  The transition angle should be less than 45 degrees (typically around 15-20 degrees), with the height next to the perimeter of no more that 1mm.  The chamfer allows for more uniform cooling around the perimeter which decreases the chances of warping. 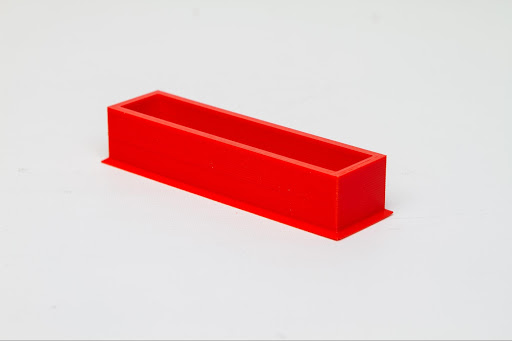 Unless we transport to a new dimension where the existing laws of chemistry and physics do not apply, warping will continue to be with all 3D printing practitioners.  Remember to follow the Tips and Tricks listed above to assist in warp mitigation.  In addition, try adding brims and flexible footprint designs to future parts.  You may be surprised by the results.