When it comes to foam dart guns, you could say that we here at MatterHackers are big fans. Seriously, not one holiday party has gone by where an all-out battle of flying foam darts ensues. So, needless to say, we were very excited to feature Jesse Kovarovics, creator of the FDL-1, for our August Hacker of the Month.

To print your own FDL-1, visit the MatterHackers Digital Design Store, files are free!

Kovarovics, a software developer based in Atlanta, first started 3D printing in 2014 when his wife gave him what would soon become his passionate obsession. “My wife got me a Printrbot Simple Metal kit,” gushed Kovarovics, “as soon as I got it all put together, I haven’t stopped printing since.” 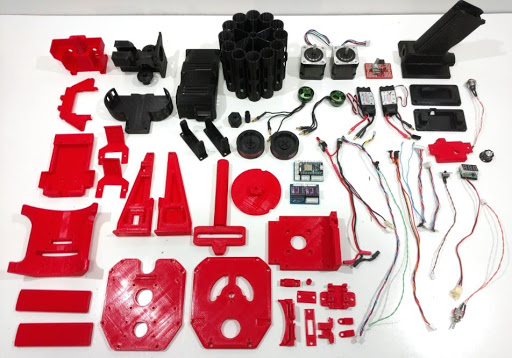 A couple years later and printing on two Printrbot Simple Metals with upgraded hotends, Kovarovics is still amazed at the possibilities of 3D printing: “I print things because I’m pretty sure 3D printing is the single coolest thing in the world,” he declared (and we undoubtedly agreed).

“I could talk for hours about why, but it really comes down to being able to design something in a completely virtual environment such as CAD, pressing a button, and it appearing on my printer,” he added, “that blows my mind every print.” With his infectious wonder and enthusiasm, it is no surprise that Kovarovics began to start printing for his other hobby: foam dart launchers. 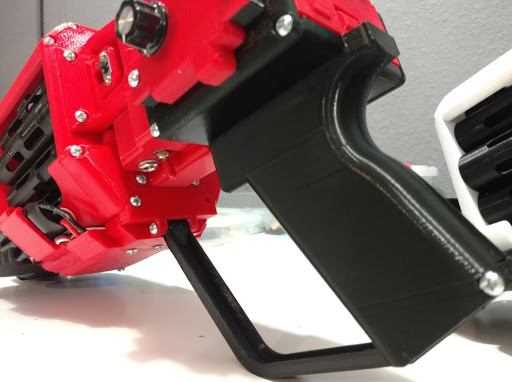 Precision printing at its finest

The FDL-1 is the world’s first 3D printed foam dart launcher. Kovarovics combined his tinkering mind with his knowledge of robotics to create the FDL-1, or, as he liked to call it, “the ultimate geek kitbash.”

“For the most part the FDL-1 is a machine in and of itself and a complete improvement of the common Nerf gun,” beamed Kovarovics. An improvement is an understatement – this thing rocks.

The FDL-1 contains a Particle Photon Microcontroller, which is the brain of the launcher, allowing the user to sync settings from their smart phone, tablet, or computer while the gun is in turret mode. Obviously the FDL-1 is far more advanced than any Nerf we’ve seen.

Darts feed into the flywheels with the use of stepper motors just like the ones used in most desktop 3D printers. The motors can spin both ways easily, so if the FDL-1 becomes aware of a jam, it can intervene and try to fix itself. 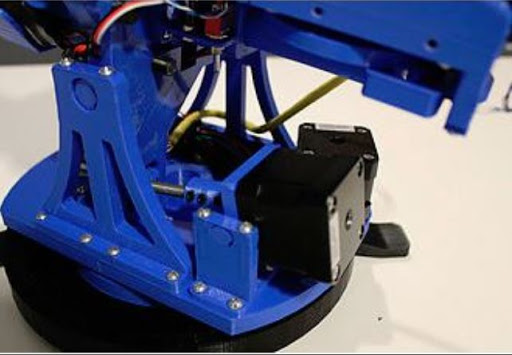 Brushless Outrunner Motors run the flywheels on the FDL-1. They can spin really fast, giving the gun its power and stability. These motors are commonly found on drones and RC cars. 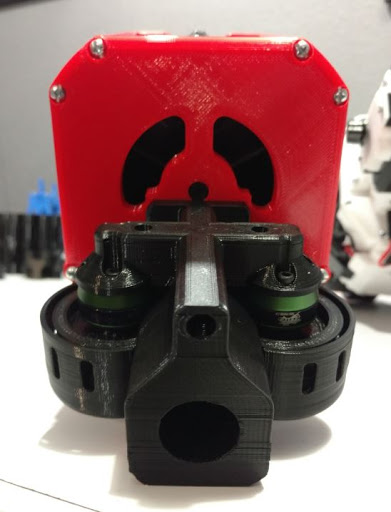 An Advance Paddle switch allows the FDL-1 to automatically advance the revolver to the next chamber, which grants easier and faster reloading. With the paddle and convenient rear loading system, you can move to the next chamber without losing the use of your second hand – this is huge in Nerf war strategy. 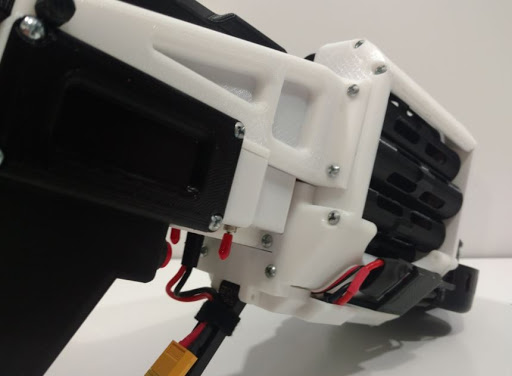 If you aren’t blown away by how awesome this juiced up dart blaster is yet, here you go: the FDL-1 has “Dart in Chamber” Detection. That’s right – it is so advanced that it can quickly shift to the next loaded chamber, both before the first shot and each one after it. Pretty darn cool. 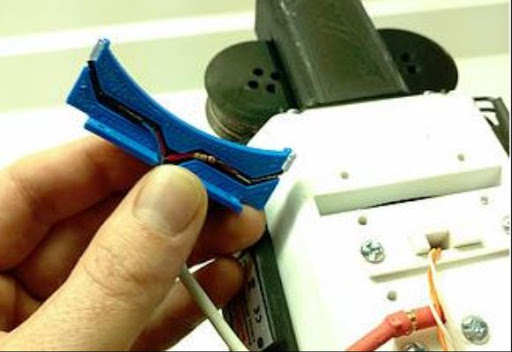 Kovarovics offers the FDL-1 for sale on his site here. You can get it fully assembled, as a kit to build on your own, or just the electronics so you can print your own parts. You can find the files for free in our digital design store here. Definitely check out his YouTube channel as well.

As for the future of this epic foam dart launchers, Kovarovics is already tinkering around with upgrades and new models: “I’d like to design at least a couple other Nerf blasters or modularize the FDL-1 so that parts of it can be swapped out for other mechanics. There are other size Nerf darts and missiles that would be interesting to work with, as well as other electronic components to explore. Whether it’s an entirely new design or a tweak of the FDL-1 design, I’ll be creating foam dart goodness for a while.”

Please make it happen soon – we can’t wait to check out what you create.

Do you think you have what it takes to be our next Hacker of the Month? Email rhonda.grandy@matterhackers.com, or message us on Facebook or Twitter. Tell us about your 3D printed creation, and you could be featured in our next newsletter. Hacker of the Month wins 3 free spools of PRO Series PLA or ABS filament to further their pursuit of 3D printing greatness.