It all began when Todd Borrel was playing a football game on his Xbox when the problem started to arise. His thumbs kept slipping on the joystick controllers causing his game performance to suffer. After several torturous games, Borrel decided enough was enough – he was going to create something to solve his problem.

He began to think of what his solution could be and the easiest, most cost effective way to produce it. Borrel started sketching grips on paper that could replace his current analog sticks on his Xbox controller. He decided to call them Groove Grips. Once he had a solid design for his Groove Grips, it was time to look into production.

Several options were explored, including casting and molding, but all of those options were either very expensive or time intensive. Then, Borrel discovered the magic of 3D printing, something that was much more cost and time effective. He just needed to turn his sketch into a 3D file.

Wasting no time at all, Borrel purchased SolidWorks, a popular CAD design software. Being an absolute beginner, he decided to purchase classes through the company in order to learn what he needed to as fast as he could. Pretty soon he had a 3D model of his original sketch. With the 3D design in hand, all he needed next was a printer.

Borrel was on the hunt for the best 3D printer that could print his Groove Grips and fit his budget. He called MatterHackers and spoke with a specialist who gave him several different options to choose from. Borrel ended up selecting the LulzBot TAZ 5 and began his journey in 3D printing.

Borrel began printing his original design with the plan to just print all of his prototypes. But, when he saw the quality the TAZ 5 could deliver, he realized that he could actually use 3D printing to produce his product. 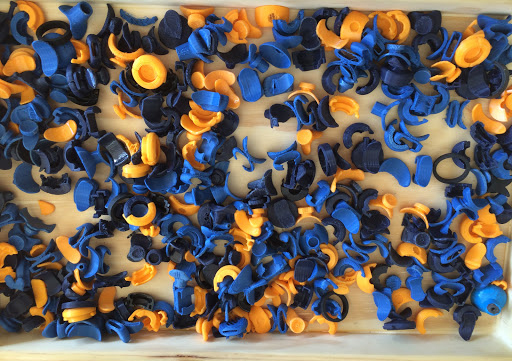 Some of Borrel’s first prototypes 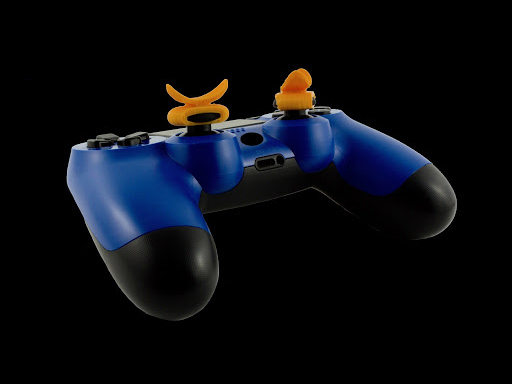 After getting successful prints from his original model, Borrel decided to expand to other designs for different controllers. For example, RC truck controllers can now be updated with Groove Grips. 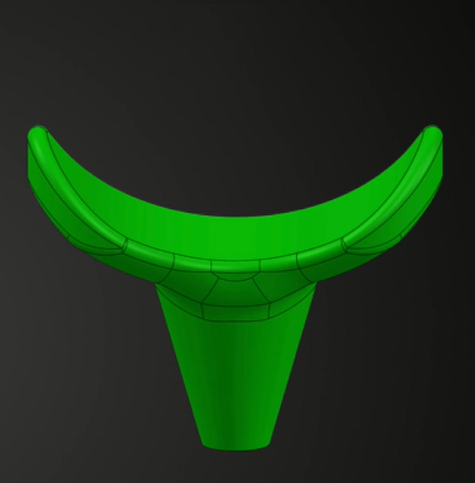 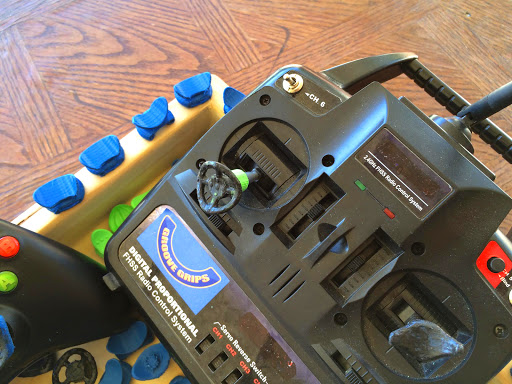 RC Grips in use

“I want to give everyone the precision they are looking for no matter what analog stick they may be using. Whether it’s for doctors or those who operate heavy machinery, Groove Grips can give them better results,” said Borrel.

The other focus Borrel has been working on is post production of the printed Groove Grips. Using MatterHackers PLA, Borrel took some time to find a way to give the Groove Grips a glossy finish. After much trial and error, he has found his solution- Plasti Dip.

“The Plasti Dip gives me just the finish I am looking for!” said Borrel.

To perfect his Groove Grips, Borrel has even been working on a design for production line assembly – something he hopes to get printed very soon.

Borrel proves that creating a product can be done easily when using 3D printing, and, not to mention – affordable. Even with the purchase of SolidWorks, a 3D printer and materials, Borrel still saved quite a bit.

Not only did Borrel save money and time, but he has a new skill to show for it – one he picked up very quickly. Borrel is truly a great example when it comes to diving right into 3D printing – if you have an idea, now you can see that it only takes a few steps to turn your idea into something that you can physically hold and use.

For more information on Groove Grips you can visit www.groovegrips.com or check out Borrel’s sweet video.

Do you think you have what it takes to be our next Hacker of the Month? Simply follow us on Facebook/Twitter or email media@matterhackers.com. Tell us about your project or 3D printed creation, and you could be featured in our next newsletter. The Hacker of the Month will also win a free spool of PRO Series PLA or ABS filament to further their pursuit of 3D printing greatness.